Like last week, we slipped while market rallied. The largest of large caps were in action Reliance, TCS and BhartiAirtel and hence we did not participate much. Few smaller caps in the pf also got hammered.

Mi50 closed the week at +47.5% slipping a percent from last week while the benchmark indices both went up by a percent and a half each. The 50% mark remains elusive as of now.

The divergence is very clear in the charts vs the indices. The drawdown is now at -3.26% which is negligible.

The absolute outperformance of the strategy is slipping as is also evident in the following chart versus the indices.

There were 3 exits this week. BARTRONICS, UJAAS AND PROZONINTU were removed. New additions are BBTC (Tea) and ARSHIYA (Logistics and infrastructure).

There are now 45 stocks in the portfolio and minor cash.

BJP has done well in Maharashtra today and I expect similar result in UP in coming weeks. Markets are at a ATH and there is bound to be nervousness here. Maybe we will spend the rest of the FY around this high point.

System trading can become extremely boring. Hence I advice that everybody doing this should also keep a trading / discretionary portfolio alongside to keep in “live”touch with the markets and to diversify some risk . Though all greats have said that “Boring is Good”. This reminds me of the ad “Daag Acche  hain” 🙂 .

Have a great weekend. 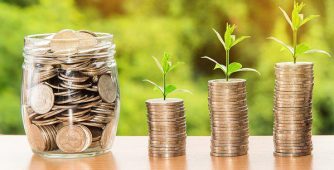